GREAT is His Faithfulness

As I sat in church today listening to my friends speak of God's faithfulness in their lives, I couldn't help but think back to a time in my life when God revealed so much to me of His faithfulness...

I was a young Marine wife to Scott who was overseas since April of 1990. He was supposed to be home in October of 1990, but thanks to Saddam Hussein, his tour was extended due to the unrest in the Middle East.

America anxiously watched CNN awaiting news about the "line" drawn in the sand by our President, George H.W. Bush. Would Hussein withdraw his troops out of Kuwait? Or would America be at war for the first time since Vietnam?

Those were hard questions for a 23 yr old Marine wife to ponder as I stayed up all night watching ABC's Peter Jennings fill me in on what was happening so far away in Iraq.

Well, Hussein didn't pull out of Kuwait, so America was at war that January 1991. Which meant my husband was over there somewhere in the midst of it all.

And I was in North Carolina alone.

But I wasn't alone.

The Lord was with me and He put kind people in my path to get me through the storm.

My boss at that time, Mr. Ballantyne, was a World War II veteran and so he was a bit dismayed that America was at war yet again. He knew about the cost of war.

That next morning, I walked into work and surprised my co-workers. They expected me to stay home, but I couldn't. Staying home meant watching the news all day, thinking the worst, and being miserable. I needed to be away from that TV.

But Mr. Ballantyne new exactly what I needed to get me through that day:
to come to his house for a dinner party with his friends.

What? I explained to him that I wouldn't be very good company that night, but he insisted.


So, after work, I reluctantly drove the 30 minute drive to his house  that evening and parked my car. I loved his house. It was a ranch style house with large windows. His late wife had decorated it tastefully. I always felt so comfortable in his house at Christmas parties. But that evening, I just wanted to be at home watching the news for any updates.

When he opened the door with his usual smile, I felt better. But it was when I entered his home that I soon realized why he insisted that I come over and join his dinner party.

All of his guests were of his generation...they had all endured World War II, Korea, and/or Vietnam. In other words, they each knew what I was going through.

As I spoke with each white-haired couple, I was drawn to their stories of how they survived the long separations WWII had caused, all the letter writing they had endured, and the wonderful reunions that followed that war.

WWII is my favorite era in American history, so I was in heaven sitting at the dinner table listening to their answers to my questions.

That night, as I drove home alone, I wept the entire 30 minutes. I wept with tears of joy mixed with sadness. Joy for having such a loving God who looked after me and put Mr. Ballantyne into my life for that moment in addition to many other moments. I thanked the Lord for each couple I met that night and for all their stories of His faithfulness.

I wept because I missed my husband so much and I knew I would return to an empty house yet again. But I also wept for joy because I knew we would be okay.

The Lord was with us then as He is now.

At long last, my husband returned safe and sound in March 1991.  We had a joyous reunion, hundreds of letters to share, and so many stories to tell. We still speak of that time today.

This morning, as I listened to my friends share their stories, I smiled and dabbed away a few tears when I remembered Mr. Ballantyne's kindness that night in January. He's with the Lord now and I can't wait to see him again.

There's nothing like looking back and seeing God's hand over your life. I tell my son this over and over again, but he won't truly learn this until he has a family of his own and can look back over his own life experiences.

God's faithfulness endures. He is there in the midst of the storms, battles, and wars of this world.

I can attest to that over and over again.

GREAT is His faithfulness. 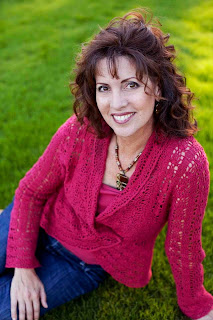