Storming the Castle! The Importance of Your Hero's Goals

To Battle! Heroes and Goals

Developing the goals of your protagonist is essential to telling his story. What goal awaits him at the end of his journey? Why is it important? Well, consider the goals in your own life... 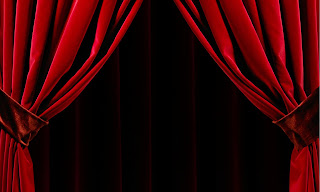 At the beginning of your story, when the curtain opens, and we meet your protagonist, she should be in the middle of some action that will reveal a little bit about who she is. Her actions will reveal some of her character traits.

But her short term goal, the goal that exists before we ever meet her, will reveal even more about her. Sometimes, though, coming up with that short term goal isn't as easy as it seems. Think of your own life. What was that goal you had when you were younger? How has life changed that goal?

Your hero's goal should be similar...

For instance, many writers don't make the short term goal urgent enough. One student of mine wrote that her protagonist's short term goal was to pass a science test. Well, that's a goal, but why not make it more urgent or important? She needs to pass the FINAL EXAM with an A so she can get into a top college and escape poverty and have a chance at life. See the difference?

In one story an author shared at a writing conference, his hero longs to win the science fair at his school. When the "curtain" opens, readers meet him as he plans what his science project will be and how it will be the best, even better than the bully who tends to win every year. Because he wants to win the science fair with his own project, we learn a little about our hero: His goal is a noble goal, therefore, he's a noble kid. Because he wants to complete the project himself, without his parents' help, we learn that he is self-sufficient, smart, and ambitious. Because he wants to challenge the bully again, we learn that he is brave and has integrity.

The short term goal is essential to your story and should be important with a sense of urgency. The goal should also connect to your protagonist.

But it should also connect to your antagonist as well. 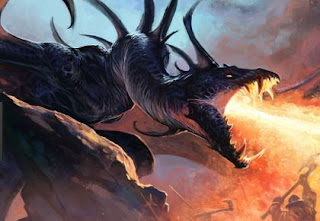 Now, in fiction, the antagonist doesn't always have to be "evil" or sinister like a dragon. In fact, your antagonist can be a coach or a teacher or a boss with no evil intentions. These characters can simply be placing obstacles in the path of your protagonist. The antagonist places obstacles that hinders your hero's journey.

How do they do this?

If the antagonist is pure evil, well, he or she or "it" (like a dragon) will try to kill your hero to stop her from saving the world.

One story I read that comes to mind, had a coach as one of the antagonists whose strict rules hinders the progress of the hero who wants to win the championship. At first, these rules seem unfair, but in the end, the obstacles actually made our hero stronger than she thought she was.

You see how it works? 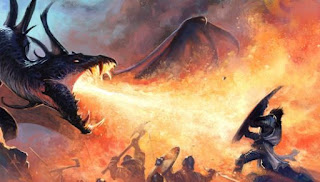 
So, how then do writers come up with the long term goals and why are they necessary?

Well, remember how the short term exists when the curtain opens and we meet your protagonist? The long term goal comes as a result of the inciting incident.

The inciting incident is that pivotal moment in the story, that one event, that changes the life of your character forever. But this event is so drastic that it also affects the people around the hero, too.

Let's go back to that story of the kid who wants to win the science fair. The writer told us how he developed the long term goal of the story. While the kid is planning his perfect science project that will win the science fair, NASA announces that a large asteroid is hurtling toward the earth at an alarming speed. If it strikes the planet, it will kill all life on earth! Now the goal of this kid is no longer about winning the science fair, but about using his skills to SAVE THE PLANET!

You see how this goal also has urgency to it, but it involves more than just the himself or the school? Now it involves the whole world! His new goal: Come up with some way to stop that asteroid.

What about your story? What incident (natural disaster, death in the family, diagnosis, accident, murder, etc.) has affected your hero and set her on a different trajectory than when readers first meet her? It has to have that sense of urgency. It has to involve more than just herself.

And, as with the short term goal, it must connect to the antagonist.

Back to the science kid, the bully in the story also wants to stop the asteroid. But his intentions aren't as noble as our hero's. He just wants to win for the notoriety, fame, and fortune that awaits whomever stops that asteroid. Who will get there first? The hero? Or his nemesis?

The severity of the inciting incident must be apparent. This incident has to be so intense that it changes our hero completely. The change must be so extreme that it sets our hero on another path entirely. But the incident doesn't have to be a horrible event. Take Harry Potter, for instance. What was the inciting incident that changed his life forever? He is invited to Hogwarts where he learns he is a wizard! Not bad at all.

Or like in my book, The Children Under the Ice. My hero's life is changed when he falls through the ice of a frozen pond and encounters the ghosts of children. This incident isn't as horrible as a cancer diagnosis or natural disaster, but it is still serious enough to change his life.

Back to our hero who needs to stop that asteroid...the writer finished the tale by explaining how his hero not only comes up with a device to stop the asteroid, he works with NASA and destroys it minutes before impact. Problem solved! He met his long term goal of saving the world. Yay!

Yet, in doing so, the school principal awards him with the top prize at the science fair! Now our hero has also met his short term goal of winning the fair and defeating his nemesis. All is well. This writer showed conference attendees how to develop effective short term and long term goals in a fun and interesting way.

As you can see, the goal is essential in developing your hero's journey. Without those goals, short term and long term, there is no reason for the reader to turn the page. 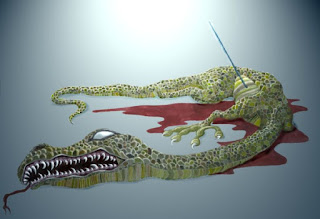 It's the same as in life. You had goals early on in your life that certain inciting incidents may have changed. Perhaps graduating from college was your number one goal while in high school, but a parent's death, or a sibling's birth, or a job loss changed your goal and set you down another path.

There's nothing wrong with these incidents, but they are severe and urgent enough to impact not just one life, but many.

It's the same with writing! Think of your character and her journey. What obstacles will you put in her path? Who will hinder her progress and why? How will those obstacles affect her journey? And what will her goals be to get her through all those obstacles and help her reach the top of the mountain and slay that dragon?

Isn't writing FUN? Now, go and devise more ways to inspire your hero to slay dragons and save the world!


Your turn: What part of developing goals do you find most difficult? How do you go about creating short term and long term goals for your hero? 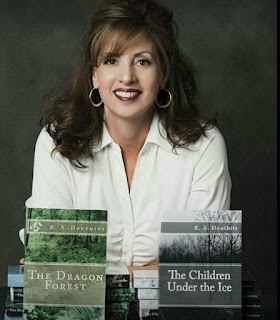