I am thrilled to welcome author Jenny Milchman to my blog! She is the author of two best-selling suspense thrillers: the Mary Higgins Clark award winning Cover of Snow and her latest release, Ruin Falls.  I have enjoyed her first book and look forward to reading her latest release. Her writing is very "smooth" and undemanding with very real characters that capture your interest immediately.

Now that she is home from the world's longest book tour, she has written a very inspirational post about her writing journey, book tour, and her commitment to writing.

Her story gives us writers HOPE. Come by and leave a comment! 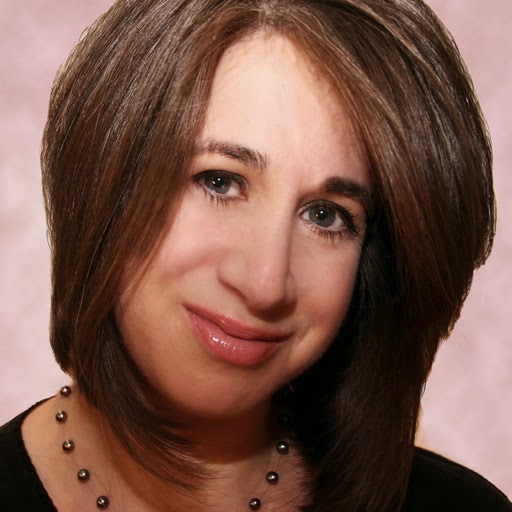 I just got back from what Shelf Awareness called the world’s longest book tour. I left home on April 22nd and returned September 4th.  And that was not even the long one actually—last year, when my first novel came out, I went out on tour for seven months.

But my road to publication took even longer...

I struggled for eleven years before landing a book deal. During that time, I worked with three agents, who received fifteen almost-offers on my books. (An almost-offer happens when an editor wants to buy your book but can’t get permission at the acquisitions meeting). My first published novel was the eighth one I wrote.

After that kind of time, the thing I most wanted to do was get out there and meet all the people who had supported me over a decade-plus of trying. Readers, booksellers, librarians, bloggers, and reviewers. But really, they were friends.

I am a big believer in the face-to-face. The virtual world has expanded all our lives, and many of the people I met on the road, I knew because of social media. But seeing them for real—getting to trade a handshake or a hug—made all the difference in the world. Not the world wide web…the real world.

What was going on tour for all that time like? How did we do it? And perhaps more importantly—why? I’m going to answer those questions so that everyone out there whose dream has yet to come true will know that it can still happen…you can even help make it happen yourself.

The first thing you should know is that everyone thought I was nuts. My publisher, editor, even my agent who had seen this dream grow over years of rejection, all encouraged me to stay home and write my next book. My parents posed gentle questions about how exactly all this would work, while my ever-practical brother asked me how money earned would compare to money spent (answer: don’t even start to compute it). You get the idea.

About the only person who did not seem to think a straight jacket would suit me better than a car was the one responsible for putting all the nuts and bolts into place—my husband. Maybe it was not that he had any more confidence that this was a great idea, though, and just knew I was crazy already.

Here’s what we had to do to get ready to live on the road. We rented out our house to help cover expenses; traded in two cars for a SUV that could handle in February; withdrew the kids from first and third grades to “car-school” them. We joined forces with an independent publicity firm that has a strong and passionate bookstore presence. And we set out.

We stayed in hotels, motels, and Airbnb’s, crossing the country, dealing with blizzards that threatened to shut down the interstate—yes, THE interstate—as well as homework (I mean, carwork), and Skype meetings for my husband when the cell signal was thready. And, of course, doing book events. Talking to booksellers, readers, librarians, patrons, book clubs, schools, and writers groups in every state except Alaska and Hawaii (for obvious reasons), and Kentucky (haven’t found a venue in the Bluegrass State yet, but I’m looking).

I can’t tell you that every single event made me feel like a star; in fact there were plenty of days when instead of walking into a crowded room, I found a crowd of one. This happened in , for instance. But that one person and I spoke for two hours—a magical conversation that consisted of sharing all that we loved about books. Finally he told me that he’d better leave because he had a three hour drive home.

I didn’t sell a lot of books that night, of course. And I do wish it had been a more robust event for the bookseller’s sake—booksellers put their hearts and souls into events, not to mention the bookstore’s resources. But hearing that one reader thought I was worth driving six hours to meet? It’s something I’ll never forget. 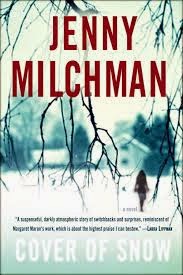 You don’t often get to hear, “You were right.” I was not expecting to hear it. I loved the world’s longest book tour—getting to meet people and share in their stories was a gift. So was getting to see this country of ours, book by book. And getting to be with my family, and not miss a single second. (One late night driving, my son piped up from the backseat, “Mommy, sometimes I wish I could Google my future so I can see how it all turns out.”)

But the first book tour contained a few features that offered tangible evidence that perhaps I was not completely crazy. For example, thanks to booksellers’ hand-selling, my novel wound up appearing on regional and bookstore bestseller lists every place we went to for the first three months. I met a friend of a reviewer at one event…and she liked my book so much that she passed it on, resulting in a review on the front page of the arts section of a major paper. My book went into six printings—not enormous print runs, of course, but still, they indicated that the book had done better than had been anticipated.

All of that resulted in my publisher setting up the first 1500 miles of the next tour when my second book came out. So I guess the real proof of the pudding is in that trip…that after such a long time on the road, what we wanted to do eight months later was set out again.

You can’t Google your future, I said to my son during that late night drive. You just have to live it and see what it’s like when you get there.

Jenny Milchman is the author of the Mary Higgins Clark award-winning debut novel, Cover of Snow, and the follow-up, Ruin Falls. Jenny is the founder of Take Your Child to a Bookstore Day, which is celebrated in all 50 states by over 700 bookstores annually. And she’s the informal founder of a new approach to touring: one reader, one bookstore, one stretch of road at a time.


Thank you, Jenny, for your guest post. Your story is inspirational to us all and so is your commitment to writing.